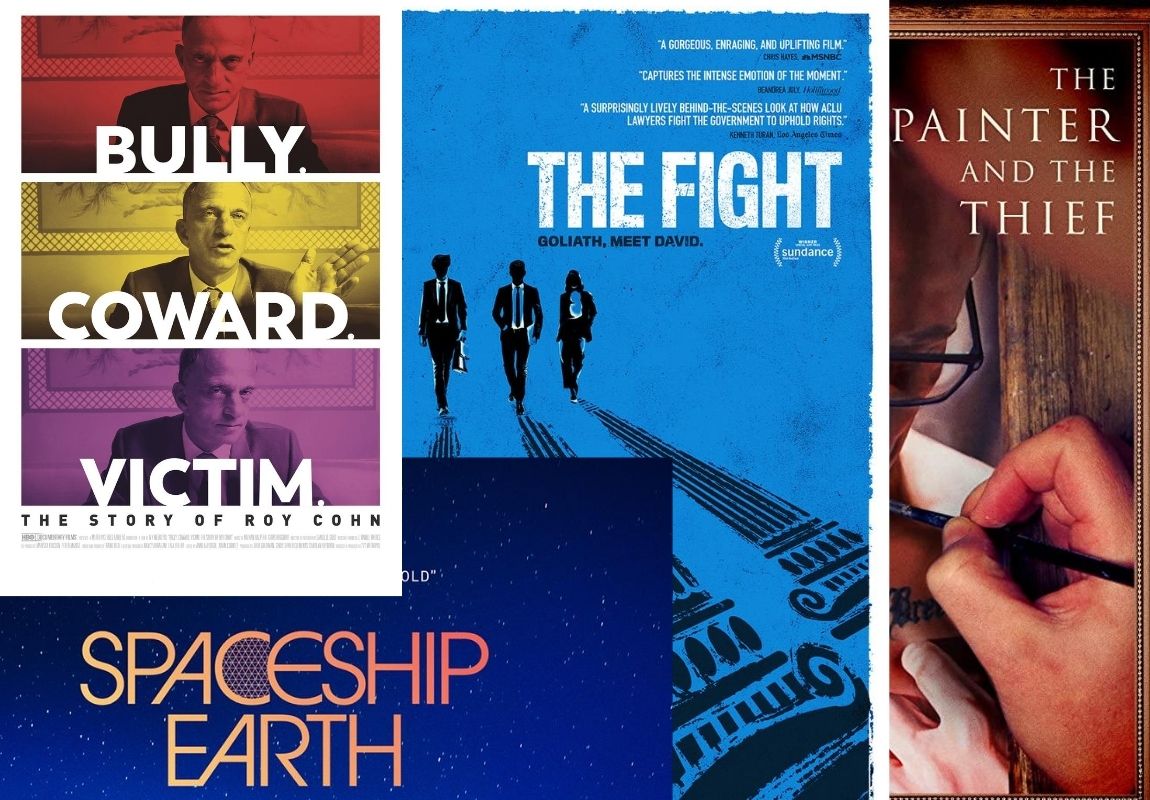 Our programming team curates an exceptional selection of non-fiction films each festival year, and 2020 was no different despite the in-person event’s cancelation. A handful of this year’s official selections are now available to stream and we hope our audiences will enjoy exploring these titles.

We’ll be sure to keep this list updated as more festival films are released. Looking for more films to stream? Keep an eye out on our Virtual Screening Room page for more film selections and filmmaker Q&As!

Live in or near Durham? Consider stopping by the Carolina Theatre to pick-up a bag of popcorn for your next movie night!

Candid interviews with colleagues and acquaintances trace the infamous late lawyer’s life and career, from his early days as a prosecutor in the still-controversial espionage trial of Julius and Ethel Rosenberg—director Ivy Meeropol’s grandparents—to his work with Senator Joseph McCarthy to his role as Donald Trump’s personal lawyer and mentor.

As a way of preparing herself and her aging father for letting go, filmmaker Kirsten Johnson imagines various ways that he might die, staging and filming the scenarios in intricate, painstaking recreations. Intimate conversations between parent and child infuse their poignant, funny, and wildly imaginative journey.

In this on-the-ground film composed of four timely and wrenching narratives, five ACLU lawyers work tirelessly to defend civil liberties. Whether reuniting a parent and child separated at the border or fighting for reproductive rights, voting rights, or the right of a transgender soldier to keep his job, these underappreciated warriors of the courtroom battle on, often at personal cost.

Legendary Puerto Rican astrologer Walter Mercado graced the airwaves for decades, donning elegant robes and broadcasting his charming, comforting presence to millions of viewers. A foundational figure in Latin American television, his popular shows were a cultural mainstay until he mysteriously disappeared in 2007. Now, with this intimate invitation into Mercado’s world, the dynamic, gender-fluid icon returns to the screen in a humorous and touching examination of a life fully lived.

The Painter and the Thief

The Painter and the Thief | Director: Benjamin Ree

After two works by Czech artist Barbora Kysilkova are stolen from her solo show in Norway, the police find the thieves, but not the paintings. At the trial, Kysilkova forges a connection with one of the defendants when she asks him to pose for a portrait. As the two confront the complications of their pasts and presents, their precarious friendship evolves in unexpected ways.

Farmers and shepherds in the Alps rely on a distinct communication style, a steady stream of call and response that echoes off the mountainsides. A condensed pictorial symphony, this short offers a glimpse into a blissful form of connection far removed from the reaches of technology.

Biosphere 2, conceived as a self-sustaining laboratory mimicking Earth’s ecology and resources, was a massive geodesic enclosure built in the Arizona desert. In 1991, an eight-person crew of “biospherians” undertook a two-year experiment to live inside the dome. Part science-fiction, part co-op—and inadvertent precursor to reality television—the experiment yielded unexpected results both inside and outside the bubble.

This short film follows inmates at Alabama’s notorious Julia Tutwiler Prison for Women as they prepare to give birth. With the support of a group of doulas, and one another, they navigate pregnancy, labor, and the profound loss of being separated from their newborns.