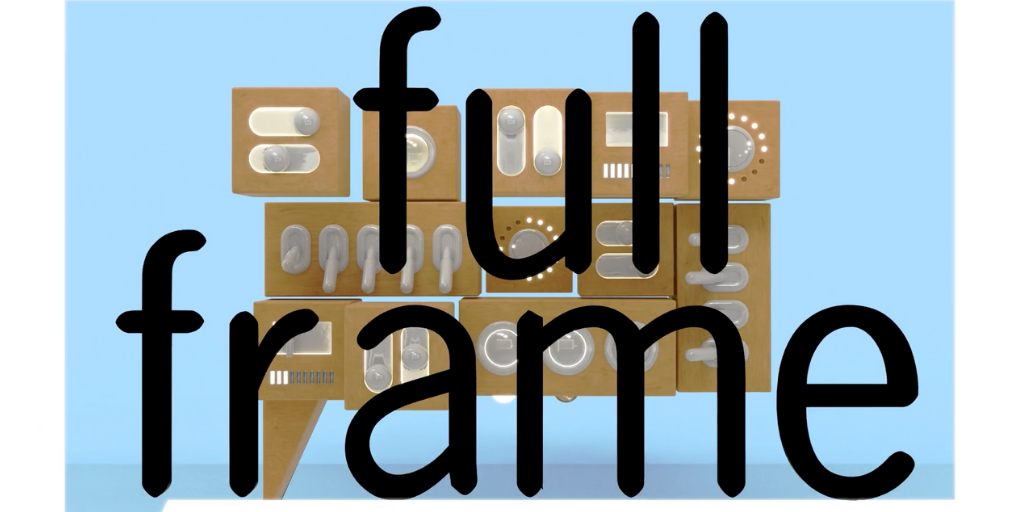 If you have already been streaming films at the 2022 Full Frame Documentary Film Festival, then you are familiar with this year’s playful festival trailer.

Each year, the little 60 second or so video that plays ahead of each film at the festival not only puts a spotlight some of the event’s top supporters, but also gives audiences their cue that the movie is about to begin.

Inspired by themes of connectivity, particularly during another virtual festival, Full Frame entrusted Adam Pyburn Motion Design and The Chicken Music + Sound to design and execute the vision for this year’s trailer.

“As a longtime fan of and volunteer at Full Frame, it’s been an honor to help craft the 2022 festival trailer along with my friend and talented composer, Joe Basile, who heads up The Chicken, a music and sound design studio based in Philly,” said the Durham-based Adam Pyburn, the creative talent at Adam Pyburn Motion Design, which he operates with his wife Ali Ferrari. “Full Frame’s  Marketing Director, Emily Foster, helped tremendously with early creative direction, which lead to a delightfully tactile approach to telling a story about how small connections can lead to larger impacts, despite the limits of our occasionally awkward and dysfunctional digital lives.”

Pyburn and Basile have collaborated on several Full Frame trailers over the years, including for the 2020 and 2021 festivals.

“Overall, I really enjoyed making this soundtrack as always, but this one felt a bit outside of the aesthetic that we’ve done in years past and was a really fun creative challenge,” says Joe Basile, the force behind The Chicken Music + Sound. “I felt like I got to really lean into a lot of the musical tropes that exist in the animation motion picture industry in terms of genre and tone. On top of that, Adam’s animation really helped bring the whole aesthetic to life and helped really motivate a lot of the musical and instrumental choices I made when creating the soundtrack.”

Full Frame is immensely grateful to both Adam and Joe for their work in crafting a unique trailer and recognizes their generosity, along with that of all of the 2022 sponsors.

Watch the festival trailer below or buy a ticket see it in action at the 25th annual Full Frame Documentary Film Festival at store.fullframefest.org.