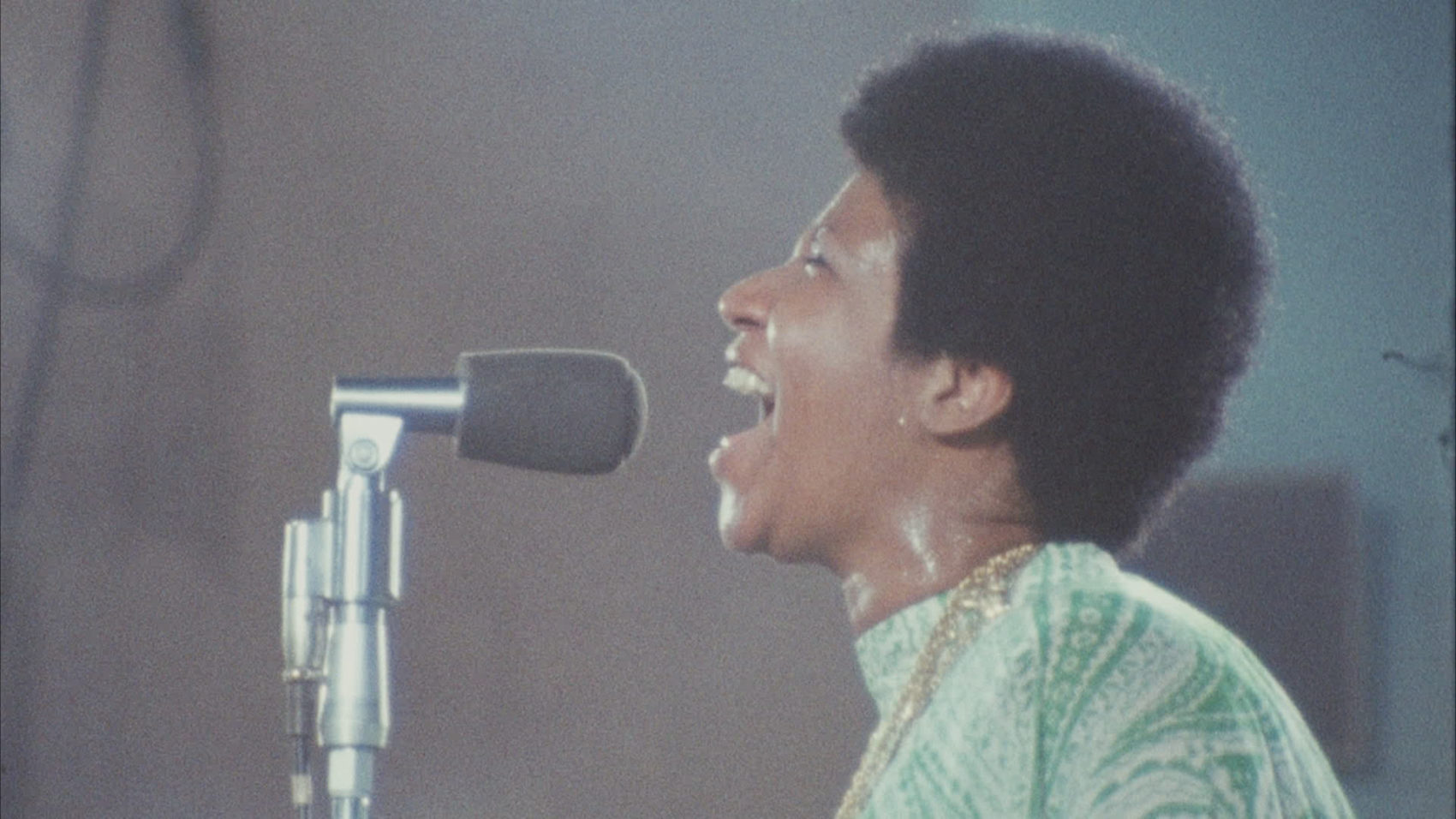 For our Durham readers, be sure to grab some popcorn from our friends at the Carolina Theatre of Durham (takeout concessions open on Fridays) before streaming one of these awesome films!

Resurrected footage from 1972 captures Aretha Franklin’s electrifying performance with the Southern California Community Choir for the live recording of the late singer’s Amazing Grace, one of the bestselling gospel records of all time. HULU, AMAZON PRIME, VUDU, YOUTUBE, GOOGLE PLAY

Navigating his professional and personal lives, this remarkable study of the jazz musician unfolds through reflections from musicians, scholars, lovers, and friends. Davis’s own reflections—and the music itself—narrate his extraordinary genius and sometimes turbulent life. NETFLIX

This raw examination of The Last Poets member Umar Bin Hassan explores both the triumphs and demons of this visionary artist. AMAZON PRIME, ITUNES

During the Cold War, the U.S. government deployed some of its greatest jazz musicians around the world to promote democracy, even as many of them suffered Jim Crow racism in their own country. Rich archival material and powerful interviews delve into the deep conflict at the heart of the story. AMAZON PRIME

Sammy Davis, Jr.: I’ve Gotta Be Me is the first major film documentary to examine Davis’s vast talent and his journey for identity through the shifting tides of civil rights and racial progress during 20th-century America. PBS, AMAZON PRIME