6 Docs about the Campaign Process 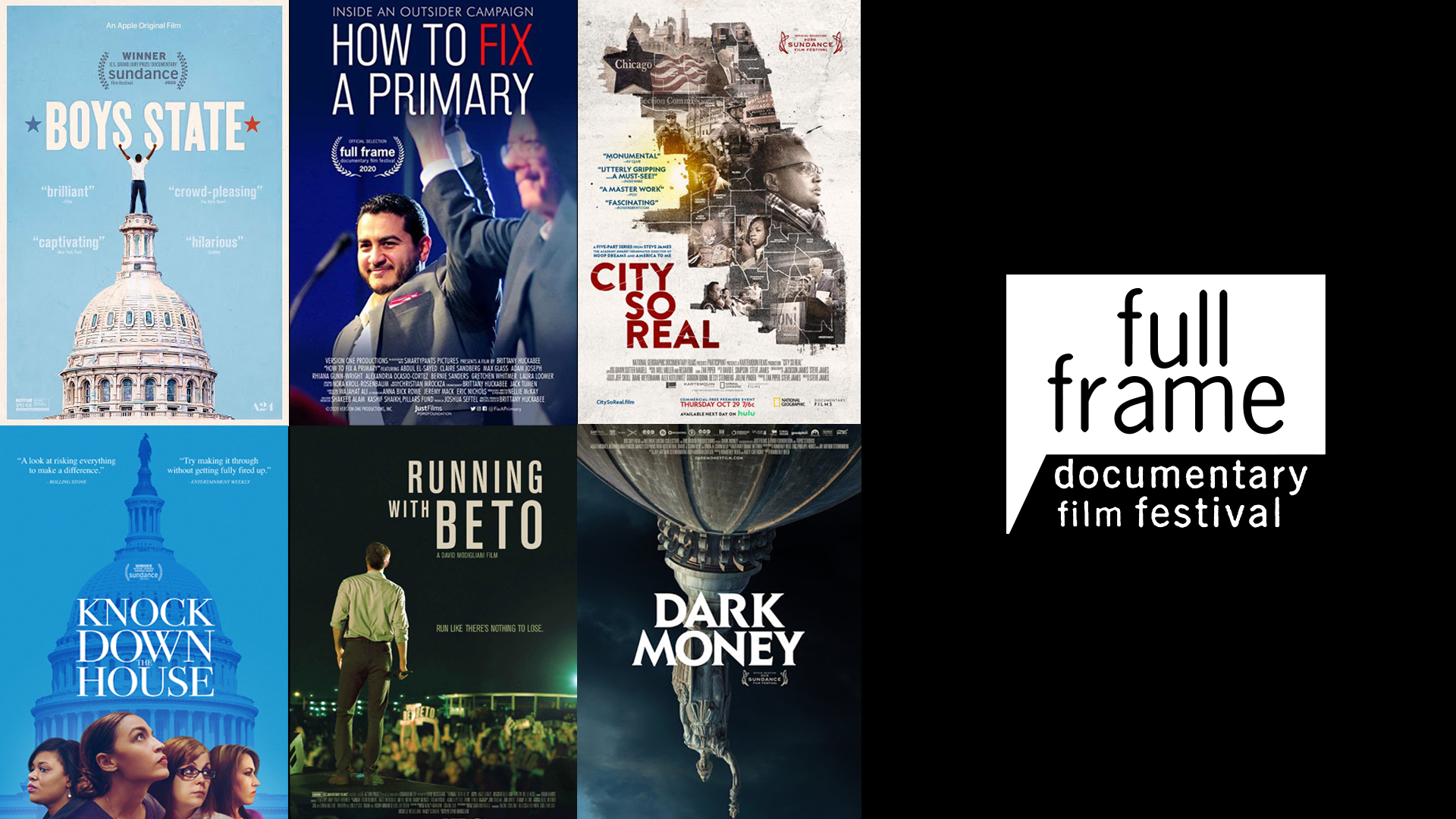 In the lead up to Election Tuesday, we’ve curated a selection of recent alums (2018 – 2020) that highlight the campaign process in America.

For our Durham readers, be sure to grab some popcorn from our friends at the Carolina Theatre of Durham (takeout concessions open on Fridays and Saturdays) before streaming one of these awesome films!

This film dramatically captures the political motivations and strategic calculations of a group of young men who, among a thousand other Texas high school students, take part in a weeklong exercise to build a representative democracy from the ground up.

How to Fix a Primary

How to Fix a Primary (Full Frame 2020) | Director: Brittany Huckabee

This remarkable film follows the campaign of political newcomer Abdul El-Sayed, taking us behind the scenes of the Michigan Democratic primary election as the gubernatorial hopeful and his team of young visionaries maneuver around bureaucratic obstructions within their own party.

Knock Down the House

Following the campaigns of four political newcomers, all women, Knock Down the House charts their course in the runup to the 2018 congressional midterms as the neophytes challenge powerful incumbents in the Democratic primary.

In 2018, Democrat Beto O’Rourke ran a remarkable grassroots campaign, traversing red-state Texas in a quest to unseat Republican Senator Ted Cruz. This intimate document details the candidate’s innovative approach as it reveals the toll his run for office takes on his family.