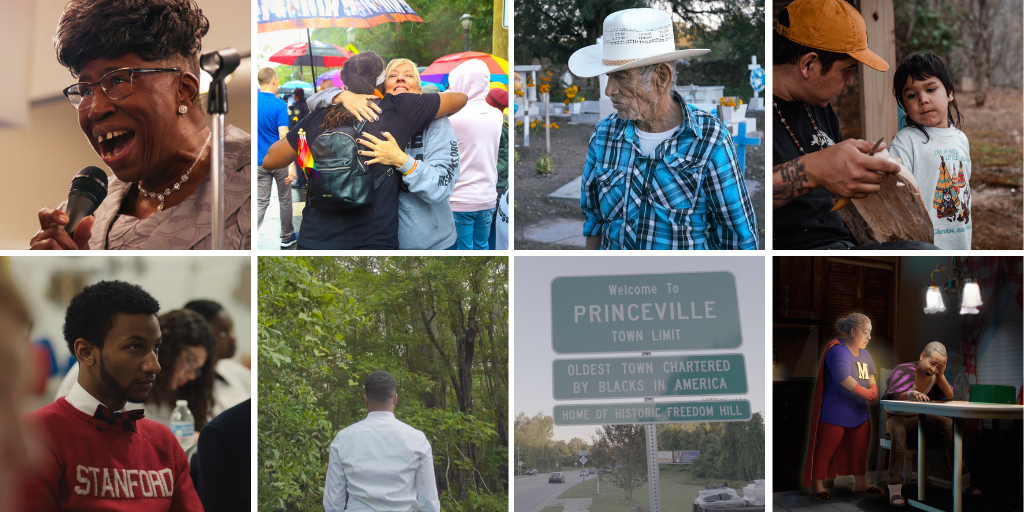 As a North Carolina-based festival, Full Frame celebrates the films with ties to our home state. Whether they feature stories and people from the region, or if they were created by those who call this beautiful state home, we recognize the enormous talent and generous storytelling from North Carolina at the 25th annual Full Frame Documentary Film Festival.

Passes and tickets are on sale now at store.fullframefest.org. Explore all the films in the 2022 festival line-up here.

Director William D. Caballero grew up in Fayetteville, NC. The film features his parents and takes place in their Fayetteville home.

Director Resita Cox is born and raised in Kinston, NC and attended UNC-Chapel Hill for college. They spent 3 years as a reporter in North Carolina. The film is set in Princeville, NC and the main character is a North Carolina native.

ᎤᏕᏲᏅ (What They’ve Been Taught)

ᎤᏕᏲᏅ was filmed on the Qualla Boundary in North Carolina and Cherokee Nation. This film was created in collaboration with independent artists from both Cherokee Nation and the Eastern Band of Cherokee Indians.

What We Leave Behind

Producer Emma D. Miller is a Duke University alumni and lived in Durham for 3.5 years after college.
March 31, 2022