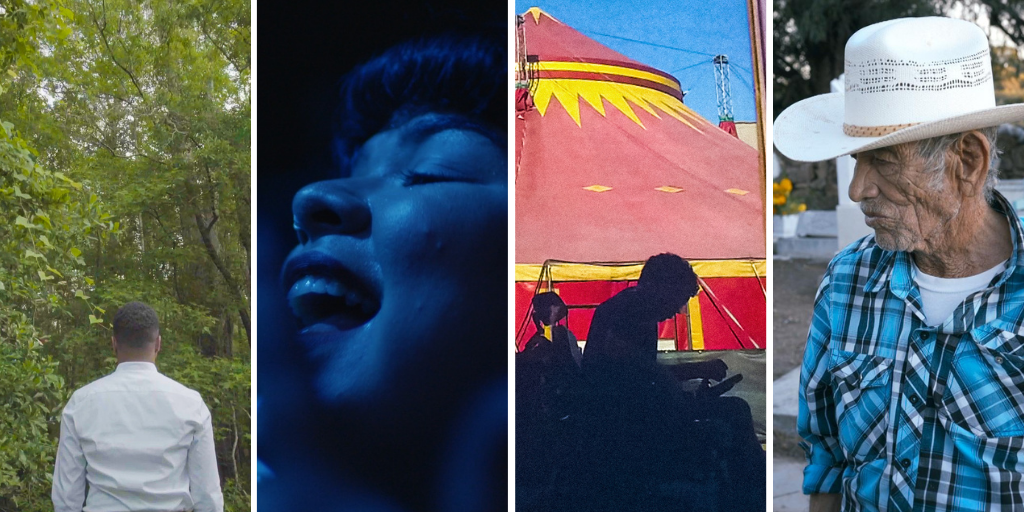 Celebrate emerging artists and the new voices of documentary film by exploring this list of first time feature filmmakers and their work at the 2022 Full Frame Documentary Film Festival.

Passes and tickets are on sale now at store.fullframefest.org.

After Sherman is a story about inheritance and the tensions that define our collective American history. The director’s exploration of coastal South Carolina—as a site of pride and racial trauma—through Gullah cultural retention and land preservation is interrupted by the shootings at Mother Emanuel AME Church in Charleston, South Carolina.

Gabor is a quirky, feel-good portrait of Gabor Szilasi, the 94-year-old giant of Canadian contemporary photography. This uplifting immigrant story is an inspiring lesson on how to grow old with elegance and dignity. U.S. Premiere

I Didn’t See You There

Image ID: In a reflection of an unmarked storefront is a grayish silhouette of a man using an electric wheelchair. Behind the man is a spectacular red and yellow circus tent.

Doris Muñoz is an ambitious young music manager whose undocumented family depends on her ability to launch pop stars. When she loses her biggest client, Doris hustles to discover new talent and finds Jacks—another daughter of immigrants for whom “making it” isn’t just a dream, it’s a necessity.

In 1945, the U.S. firebombed Tokyo, destroying a quarter of the city and killing 100,000 people. Now, in a society that is rapidly forgetting, three elderly survivors fight to leave behind a public record of their experiences. Paper City explores what we choose to remember, and aim to forget—and the consequences of those choices.

Ahmet, a champion boxer with Turkish roots and a professional soldier in the Austrian army, starts taking acting lessons. Onstage, he comes face to face with his own internal battles. North American Premiere

When a network of Brazilian farmers seizes an area of protected Indigenous territory, a young Indigenous leader and his mentor must find new ways to fight back.

We Met in Virtual Reality

Filmed entirely inside a VR world, this vérité documentary captures the excitement and surprising intimacy of a burgeoning cultural movement, demonstrating the power of online connection in an isolated world.

What We Leave Behind

After a lifetime of bus rides to the U.S. to visit his children, Julián quietly starts building a house in rural Mexico. In filming his work, his granddaughter crafts a personal and poetic love letter to him and his homeland.