Watch great films and support Full Frame… right from the comfort of your home!

Full Frame is thrilled to partner with distributors to bring our audiences several exceptional films from our past programming to our new Virtual Screening Room!

Because 50% of the revenue from each rental or purchase goes back to Full Frame, this is a great way to check-out a new film and support all the work we do year-round!

Magnolia Pictures presents three documentaries that speak strongly to systemic inequity – I Am Not Your Negro (2017 Road Show Fall Series), Whose Streets? (2017 festival alum) and Toni Morrison: The Pieces I Am (2019 festival alum).

All three films can be purchased individually for $6.99 or as a bundle for $15. Once purchased, the files never expire. This pricing is good through July 7. 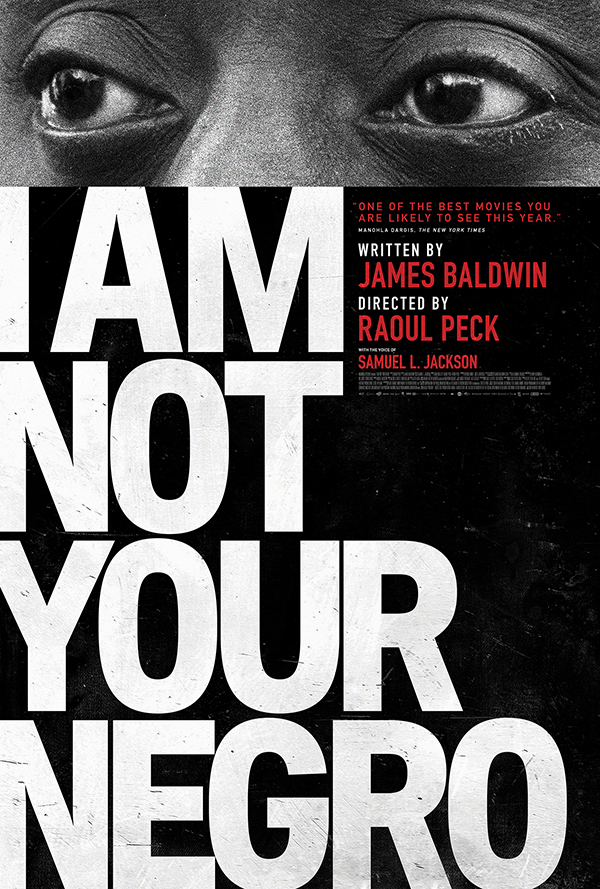 In 1979, James Baldwin wrote a letter to his literary agent describing his next project, Remember This House. The book was to be a revolutionary, personal account of the lives and successive assassinations of three of his close friends—Medgar Evers, Malcolm X, and Martin Luther King, Jr. At the time of Baldwin’s death in 1987, he left behind only thirty completed pages of his manuscript.

BUY I AM NOT YOUR NEGRO 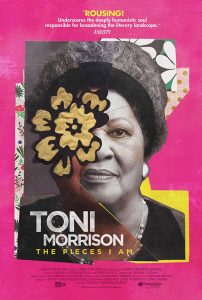 She was born as Chloe Wofford in Lorain, Ohio, in 1931; 62 years later, Toni Morrison was in Stockholm, Sweden, receiving the Nobel Prize in Literature. The journey the celebrated author traveled in the years between and following is the subject of Timothy Greenfield-Sanders’s Toni Morrison: The Pieces I Am. From her time as a student and professor at Howard University, through her editing at Random House, to her own inimitable and influential writing career, the author’s remarkable personal history is told by Morrison herself, in intimate and candid interviews, as well as via recollections and impressions from colleagues and contemporaries such as Angela Davis, Walter Mosley, and Oprah Winfrey. Myriad accolades, including the Pulitzer Prize and Presidential Medal of Freedom, are all the more impressive when viewed through the lens of Morrison’s spirited responses to adversity and acclaim, both of which she’s experienced in abundance. With this deft and stirring transition from page to screen, the author shares another inspired and inspiring story—her own.

BUY TONI MORRISON: PIECES I AM 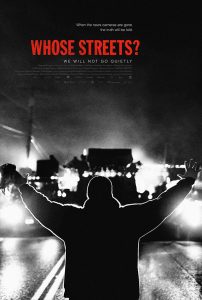 To watch this account made by the black people who were in Ferguson, Mo., after Michael Brown’s murder is to know what happened there. Activists, neighbors, friends, parents, and artists unite over the loss of an innocent life, in the fight for the right to live. Frank, unhurried, and fearless, this film was made using a camera immersed in the protest alongside the activists. Scenes of police brutality—some caught clearly and audibly on cell phones—alternate with interviews of protestors calling out major news networks for not being there to record these militaristic actions. Footage of former President Obama’s speech (after the reading of officer Darren Wilson’s verdict) asking Ferguson law enforcement officials to maintain care and restraint is intercut with images of police starting to fire on crowds. These powerful and artfully constructed sections of media reportage at odds with activists’ accounts pave the way for several personal stories of activists in Ferguson, and the essential and emotional discussions happening in homes, in workplaces, and out in the community among people of color. Undaunted by the violence and grief, these activists fight hard to tell the real story—for it is no one’s but theirs to tell.