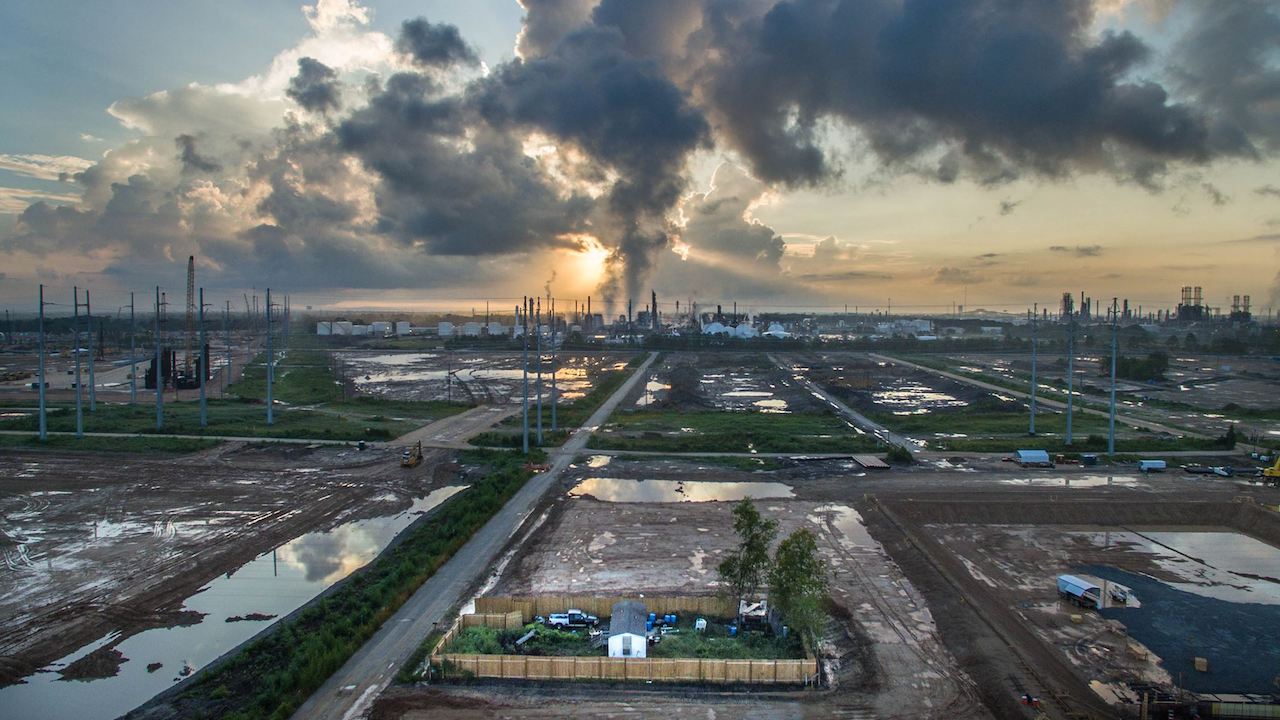 In honor of Amnesty International Day, we are sharing a list of past Kathleen Bryan Edwards Award for Human Rights award winners that are now available for streaming. This award is presented at the Full Frame Documentary Film Festival to a film that addresses a significant human rights issue in the United States. By inspiring advocacy, increasing awareness, and promoting equity and justice, the winning film honors the legacy of Kathleen Bryan Edwards’s passion and activism for human rights.

We hope you enjoy watching one of these powerful and moving documentaries!

Mossville: When Great Trees Fall (Director: Alexander John Glustrom) – 2019 award winner
Striking and urgent, this harrowing account of environmental racism follows Stacey Ryan, one of the last remaining residents of a historically African American community, as he fights an influx of petrochemical plants into his town. PBS Reel South

QUEST (Director: Jonathan Olshefski) – 2017 award winner
This thoughtful and incisive observation of the Rainey family over the course of ten years seamlessly captures pivotal life experiences as well as issues of poverty, politics, and gun violence in a North Philadelphia neighborhood. iTunes, KweliTV

Kiki (Director: Sara Jordenö) – 2016 award winner
This entrance into the world of voguing contrasts the energy and pulse of ball culture with the intimate and emotional stories of a group of young LGBTQ people of color. Amazon Prime, Hulu, Vudu, YouTube, Google Play, iTunes

Private Violence (Director: Cynthia Hill) – 2014 award winner
“Why didn’t you leave?” This urgent and inspiring film follows two women’s complex stories of survival while exploring the way we talk about and deal with domestic violence as a society. Tubi, Amazon Prime

ESCAPE FIRE: The Fight to Rescue American Healthcare (Directors: Matthew Heineman, Susan Froemke) – 2012 award winner
A powerful and thought-provoking documentary that exposes the U.S. healthcare system as one designed to profit on disease rather than health. The film interweaves personal stories with the efforts of leaders battling to transform it. Tubi, Amazon Prime, Youtube, Vudu

How to Die in Oregon (Director: Peter D. Richardson) – 2011 award winner
A profound and strangely reassuring film about people in Oregon who end their own lives under the state’s Death with Dignity Act. Tubi, Vudu, Amazon Prime

12th & Delaware (Directors: Rachel Grady, Heidi Ewing) – 2010 award winner
At a single intersection in Fort Prince, Florida, sits a microcosm of America’s most intractable ideological battle: on one side of the street an abortion clinic, on the other the pro-life Pregnancy Care Center. Hulu, HBO Go, Amazon Prime, Youtube

Shouting Fire: Stories from the Edge of Free Speech (Director: Liz Garbus) – 2009 award winner
Most Americans believe the First Amendment is sacred and inviolate. But not since the 1950s has it been under such attack. This documentary explores the social and political trends that have shaped our attitudes about free speech–and which now threaten the very tenets upon which our country was built–through four case studies. Hulu, HBO Go, Amazon Prime, Youtube

Trouble the Water (Directors: Tia Lessin, Carl Deal) – 2008 award winner
A redemptive tale of an aspiring rap artist surviving failed levees and her own troubled past and seizing a chance for a new beginning. Amazon Prime, Tubi, Vudu

For the Bible Tells Me So (Director: Daniel Karslake) – 2007 award winner
An exploration of the intersection between religion and homosexuality in the U.S. and how the religious right has used its interpretation of the Bible to stigmatize the gay community. iTunes