8 Films for the Middle of Winter 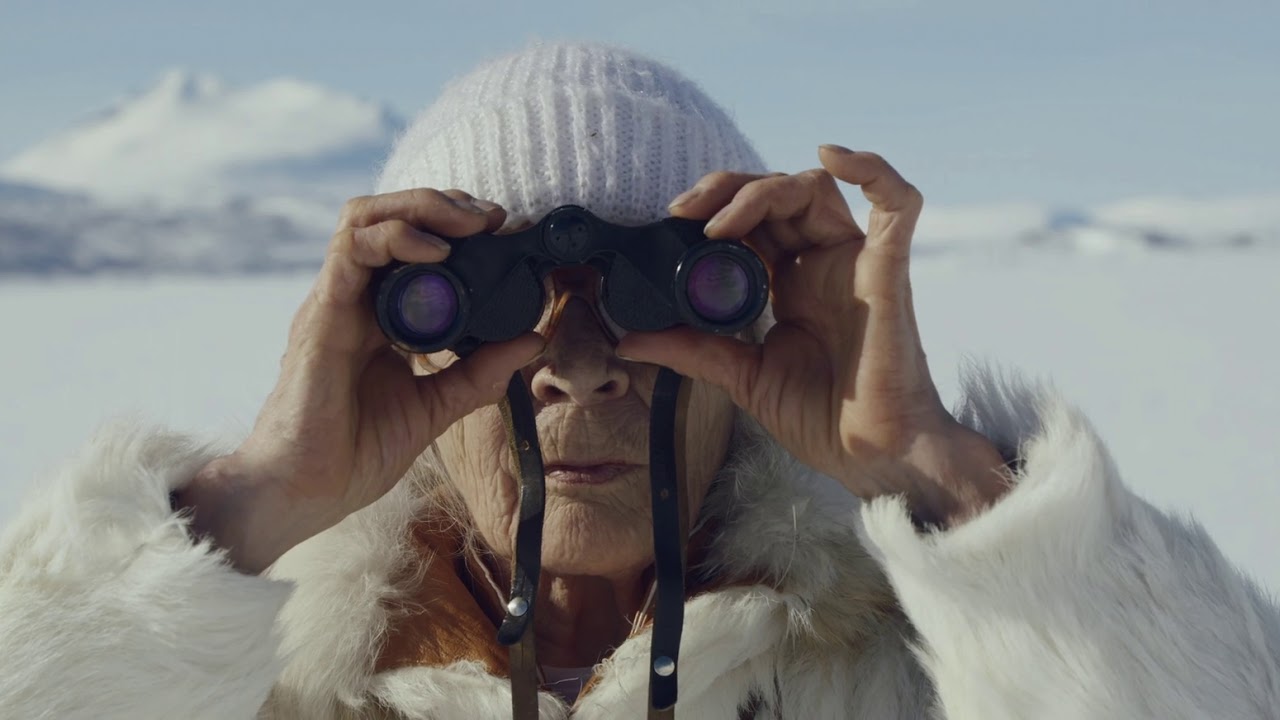 With striking landscapes, muted pastels, and the juxtaposition of a season filled with both hardship and hibernation, winter often integrates itself uniquely into visual stories. Whether becoming a silent character, enhancing a film’s themes or the  thoughts of the protagonists, or providing a silent, snowy moment of reflection for the audience, filmmakers have used the icy months to create compelling, layered, and memorable work over the years.

As we lean into the wintry season, Full Frame looks back at an eclectic mix of short and feature film alums that spotlight the landscapes and feelings of this time.

While not necessarily in winter, Meru is an adventure story like no other; a cinematic study in perseverance of mind, body, and spirit. The snowy peak of Meru in the Indian Himalayas is 21,850 feet above sea level. To scale it is the objective of a team of climbers: Conrad Anker, the troupe’s enigmatic leader and a climbing legend; Jimmy Chin, the film’s co-director and heart of the expedition; and Renan Ozturk, the gifted and soulful newcomer. Beginning with the trio’s 2008 attempt to ascend the peak via the unconquered and perilous Shark Fin’s route, the film skillfully weaves together multiple stories, intercutting past and present with personal histories and recollections of friends and family, accompanied by commentary from renowned chronicler of the sport and its sacrifices, Jon Krakauer. True to the mission and each other, the team faces challenge after unbelievable challenge, both on and off the mountain, with tragedy seeming more likely than triumph every treacherous step of the way.

In Lapland, one thousand miles north of Moscow, a young woman spends the winter days alone. Olga is the sole occupant of a modest supply post where reindeer herders store their supplies until spring. Though she has to deal with bitter temperatures and periodic threats of theft, she is happy on her own, tending to chores, holding down the post, with only a cat to keep her company. Olga grew up in an orphanage, and when she was eventually reunited with her mother, found that she faced even further isolation—she didn’t speak her family’s native language and was ill-equipped to handle their struggles with alcoholism. On the tundra, she wanders freely in her thoughts and moves at her own pace, without the friction she sometimes feels around other people. When word comes that the “reindeer brigade” post may be closed, she grows concerned about what will become of her, and the existence she has carved out for herself. Incredible textures—the crunch of snow underfoot, the rush of running reindeer—complement this endearing portrait of a unique individual and the peaceful place where she’s found home.

In this beautifully composed documentary, we first see an eccentric old woman taking care of a herd of reindeer in the northern part of Sweden. Gradually, it becomes clear that this wise and highly charismatic person is Sami actress and artist Maj Doris, a folk legend who has traveled all over the world to promote the cultural legacy of her people. We follow her daily existence in the arduous environment of her small cottage, beginning in December 2016 and ending as the reindeer depart with the arrival of early summer, when the fascinating septuagenarian is able to go on a trip to South America. It’s a contemplative and multifaceted film that explores topics such as the preservation of indigenous cultures, strong artistic women, the sense of displacement experienced by Afghani expatriates in Sweden, and the complexities of being a role model.

Set against the monochromatic landscape of the Siberian tundra in winter, three hard-working Russian men recall the tale of the three bears as they muse on the paths their lives and their country have taken. Punctuating the beloved fable are the harmonies of the Municipal Folklore Theatre group. The film was produced as part of Russia’s biennial event, Cinetrain, in which filmmakers from around the world spend a month traversing the country by train, making short films about the people and the lands they encounter.

Perfectly paced and gracefully rendered, this short film captures the lunar quality of the western winter landscape. Amid the great expanses of sky and snow we find the unusual sport of ski-joring and an unlikely visual comment on the fading cultural isolation of the west.

White Earth, North Dakota, was once a quiet town. Then everything changed with the oil boom. Thousands of new residents flooded into the area, many of them with no option but to live with their families in RVs and temporary housing units. Rather than focus on the men working the fields, director J. Christian Jensen trains his lens on those who wait patiently at home for loved ones to return. A mother and three children describe the circumstances of their day-to-day lives—with sensitivity, and occasionally humor, each expresses their perceptions of the oil fields, the many sacrifices the work entails, and their hopes for a prosperous future. These quiet reflections reverberate with mesmerizing imagery of the frozen landscape and the immense rigs lining its horizon.

Quiet, chilly corridors may be unappealing for some, but for the longtime winter caretaker of the Oceanic Hotel off the choppy coast of New England, these are welcoming channels of solitude during the long cold months. With careful framing and gorgeous lighting of the rooms, hallways, and coast, this elegant short documents how one inhabits an abandoned place. For the caretaker, this is a welcome period for introspection and productivity.

In the archipelago of Lofoten, off the Arctic coast of Norway, sunlight wanes in autumn and ultimately dips below the winter horizon. Filmmaker Skule Eriksen’s spectacular images show us the beauty and isolation of that landscape. Despite the frozen atmosphere, feelings of warmth result from the perpetual magic hour, and a poetic calm seems to pervade the everyday activities of the people who inhabit this world. A true example of “less is more,” this stunning short film will draw you into a corner of the world very few have the chance to experience.