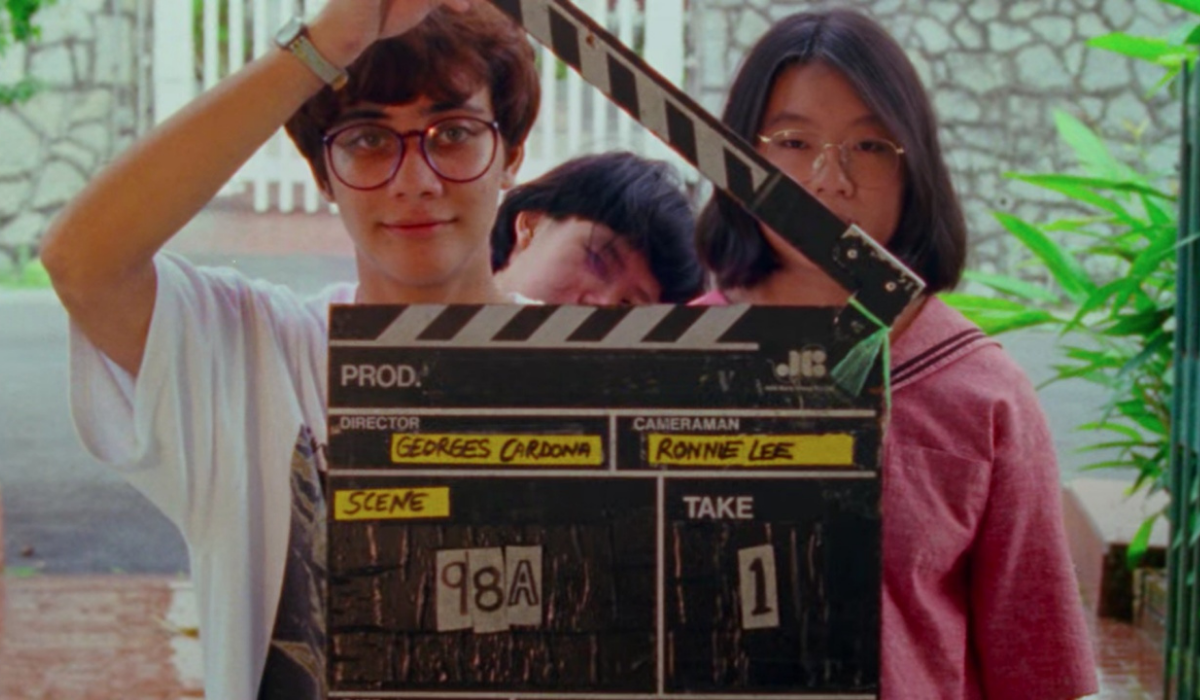 “In true indie spirit, Sandi Tan manages to take pieces of her lost work and transform them in to something new and imaginative. With an editing and visual style that can only be classified as a kaleidoscope of color, and a story that emanates DIY-punk rock energy, Shirkers is an imaginative exploration into how dreams from our youth shape us into the people we become. If only the unfinished original film survived!” says Emily Foster, Full Frame’s marketing director and interim associate festival director on this month’s staff pick Shirkers (Full Frame 2018).

For teenager Sandi Tan in Singapore in 1992, her film-lover’s dream quickly turned to a nightmare. She and her two friends embarked on writing and producing the country’s first road movie, Shirkers—until her mysterious mentor-director, Georges Cardona, stole the 16mm footage and tauntingly withheld it. A true cinephile, Tan wrote the screenplay and starred as the teenage assassin: She was inspired by the early American independent film movement and French New Wave, and the film’s unnerving, original score echoes the ingenuity of those periods. Now, recounting this time in her documentary Shirkers, Tan uniquely arranges video footage and materials from an impressive personal paper archive, mixing in modern interviews with the same filmmaking friends, whose hilarious and often biting commentaries invigorate the love between them. When the lost footage shows up on Tan’s doorstep two decades later, she is compelled to set out on a mission to find Georges’s whereabouts. Shirkers is a quirky, nostalgic, and cathartic diary, whose bright ode to cinema and moving story of friendship and failure are the ultimate lesson in reconciliation—with oneself.

Shirkers is now streaming on Netflix.

Monthly Staff Picks is a monthly series where a member of the Full Frame team dives into the archives to reintroduce a festival alum to audiences.