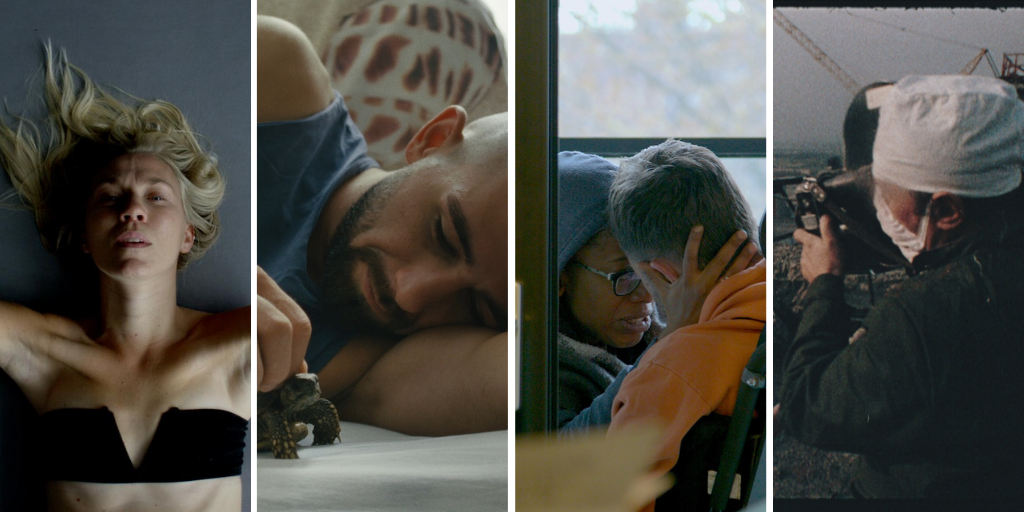 Be among the first audiences to watch these films at the 25th annual Full Frame Documentary Film Festival! Join us in celebrating the six films with premieres at this year’s online event.

Passes and tickets are on sale now at store.fullframefest.org.

The story of Chernobyl, told entirely through a newly discovered hoard of dramatic footage filmed at the nuclear plant during the disaster and new, deeply personal audio interviews with those who were there. The film shows how Chernobyl and the subsequent cover-up sparked unprecedented distrust of the authorities, which would eventually lead to the collapse of the Soviet Union.

In the midst of the Covid-19 pandemic, Steeve Day has been suffering from ALS for eight years and decides to call for assistance in dying. At the same time, however, visits to hospitals are suspended. Steeve then rents a hotel room in which to spend his last days and receive his loved ones.

Princeville, North Carolina, is the first town incorporated by freed, formerly enslaved Africans in America. This historical site sits on a precipice: It is gradually being washed away.

Gabor is a quirky, feel-good portrait of Gabor Szilasi, the 94-year-old giant of Canadian contemporary photography. This uplifting immigrant story is an inspiring lesson on how to grow old with elegance and dignity.

At 27, Kelsey Peterson, the film’s co-director, dove into Lake Superior and emerged paralyzed. Now, the former dancer has an opportunity to dance again but is grappling with a decision to participate in a cutting-edge clinical trial, which forces her to confront hope and acceptance, body and spirit.

Ahmet, a champion boxer with Turkish roots and a professional soldier in the Austrian army, starts taking acting lessons. Onstage, he comes face to face with his own internal battles.