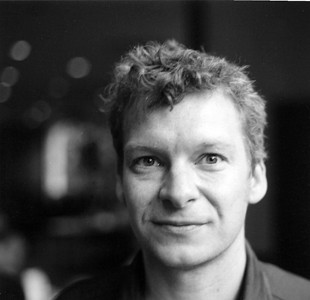 Garrett Scott made a distinctive mark in documentary during his short career. Without any formal training in film, he directed Cul De Sac: A Suburban War Story, examining the case of a methamphetamine addict who stole a tank from an armory and went on a rampage through the San Diego suburbs. The film prompted Filmmaker Magazine to cite Garrett as one of 2002’s 25 New Faces of Independent Film. Garrett went on to make Occupation: Dreamland, co-directed with Ian Olds, about U.S. soldiers in Falluja, Iraq. It won prizes at Full Frame and the Independent Spirit Awards. Both films were broadcast by the Sundance Channel. In 2006, Garrett died of a heart attack at age 37.

Garrett’s work examined how the forces of state power and economics impact individuals. Stylistically, his films broke convention, giving audiences new perspectives on familiar milieus like suburbia or war-torn Iraq. He was a beloved member of film communities in San Francisco and New York City and several points in between.

His friends, family, and colleagues established this development grant to help other emerging filmmakers reach their potential. The grant’s selection committee looks especially for filmmakers who somehow fulfill Garrett’s example by bringing a unique vision to the content and style of contemporary documentary making.