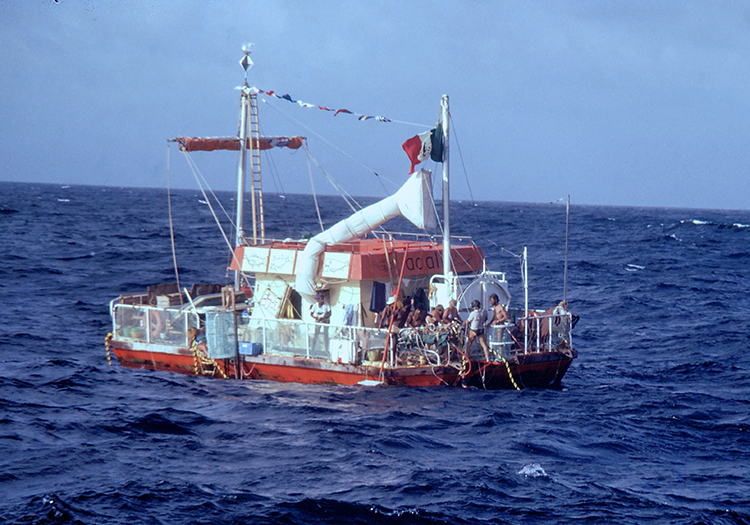 In 1973 six women and five men crossed the Atlantic Ocean on a small wooden raft as part of an exploratory mission to promote world peace. The brainchild of Mexican anthropologist Santiago Genovés, the experiment featured a curated cross-section of nationalities, religions, and backgrounds, designed to reflect the world in microcosm. The participants did not know that their conditions were engineered to foment disagreement, lust, and even violence. Their limited privacy and restricted movement were compounded by Genovés’s questionnaires and constant monitoring, as he logged their every annoyance and attraction as scientific data. Eventually panic ensued when behaviors did not adhere to the master plan and decisions were made to steer the boat into a direct path of danger. In Marcus Lindeen’s film the surviving members gather on board a faithful replica of the original vessel to recall the lessons learned over their 101 harrowing days at sea. Their stories, backed by a trove of archival footage and writings, position the experiment as a thrilling precursor to today’s reality television shows, in which manufactured environments often produce unforeseen results.

This event is free, but RSVPs are recommended. Screenings can reach capacity and RSVPs will prioritize admittance.

This event is part of the Full Frame Road Show Series and is presented by American Tobacco Campus and Capitol Broadcasting Company, Inc.