February 26, 2018 – In celebration of their towering contributions to the documentary community, filmmakers, and the festival, Full Frame is proud to honor filmmaking legends Chris Hegedus and D A Pennebaker with its 2018 Advocate Award. The Advocate Award will be presented during the 21st annual festival, April 5 – 8, 2018, in Durham, North Carolina. Festival passes and ticket packages are now available.

Ms. Hegedus and Mr. Pennebaker form one of the most respected and unique teams of documentary filmmakers working today, and they have been deeply involved in Full Frame since its earliest days. Over the last two decades, they have screened their films at Full Frame (including Startup.com, which won its first award at the festival and was codirected by 2018 Tribute honoree Jehane Noujaim), participated on panels, mentored and collaborated with other filmmakers, and continue to serve on the festival’s National Advisory Board. Their support and advocacy helped Full Frame become one of the most unique and important festivals in the world.

“Chris and Penny have always been just a call away for both Sadie [Tillery, Full Frame Artistic Director] and me—to answer a question, reach out to a documentarian we may not know well, or offer their counsel,” said Full Frame Director Deirdre Haj. “But it is their spirit at the four-day festival itself that exemplifies who they are to the entire documentary community. They are always available, whether it’s giving feedback to the Garrett Scott Grant recipients, many of whom go on to win major awards, or just sitting next to a young film student in a theater and striking up a conversation. There is rarely a festival that passes that I do not hear someone exclaim, ‘I was having the most amazing conversation, and then I realized I was speaking to [Chris and Penny]!’ On a personal level, from the day I came to Full Frame, these were—and still are—my filmmaking heroes. To have them so devoted to this festival that we all love so dearly means the world to me.”

Hegedus and Pennebaker set the tone for an atmosphere of free exchange at Full Frame through their accessibility and generosity. Filmmakers return to the festival year after year to connect with one another in a supportive environment, see each other’s work, and engage in conversation between artists, students, and audience members.

“We have so many wonderful memories of coming to the festival with the subjects of our films,” said Hegedus and Pennebaker, including Branford Marsalis (The Music Tells You), Al Franken (Al Franken: God Spoke), and 2010 Opening Night Film star Chef Jacquy Pfeiffer (Kings of Pastry), who constructed a six-foot sugar sculpture for the Opening Night Party. “Full Frame continues to be a festival for filmmakers and for audiences.  But most of all, it’s about watching documentaries that inspire and compel us to action through stories that make us laugh and cry and think. We love this festival. It’s been a joy to be a part of it for so long and we are honored to receive this award.” 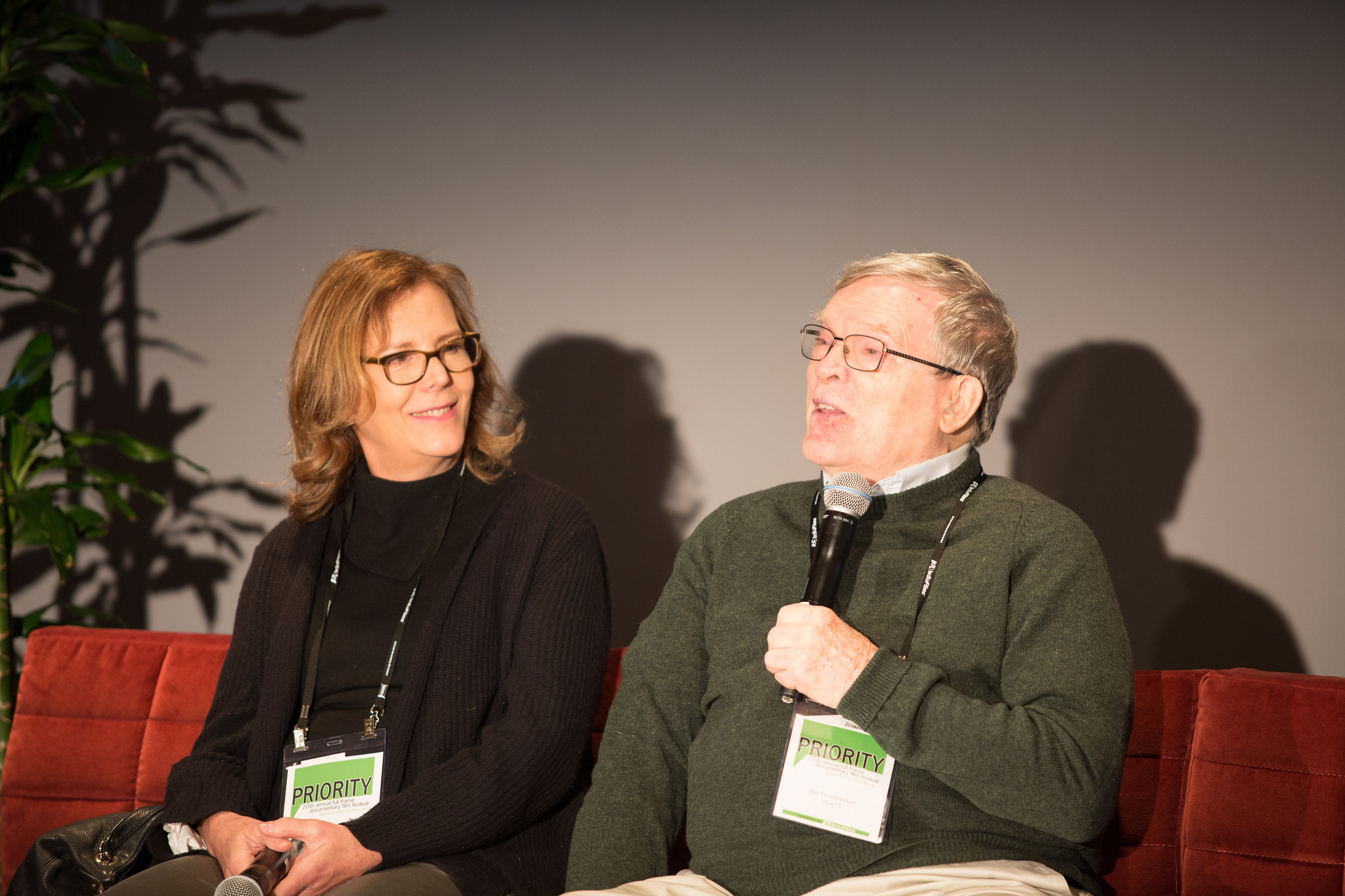