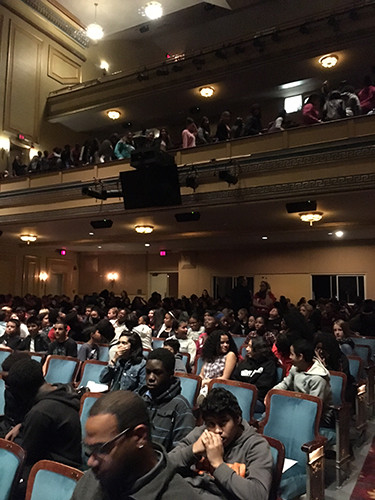 Last week, we had one of our favorite events of the year: the Annual Full Frame Youth Screening. Hundreds of Durham Public School students and teachers arrived Wednesday morning at the Carolina Theatre to view the documentary Brooklyn Castle, and participate in a post-screening Q&A with one of the film’s stars.

Brooklyn Castle, directed by Katie Dellamaggiore, follows members of a chess team at I.S. 318, a junior high school in Brooklyn that has won more national chess championships than any other program in the country. The film chronicles young people striving for excellence, dedicating themselves to learning, and participating in a sport that is at once an individual test and a community event. Attending students clapped, cheered, and fully engaged with the struggles and triumphs of the students onscreen; they left the screening invigorated and talking excitedly about the film.

“For many students, this is their first exposure to documentary film,” stated Suzanne Spignesi, Full Frame’s Development and Educational Programs Manager. “It is often an inspiring and transformative moment in their educational lives.”

“Brooklyn Castle was particularly compelling to me because of the way it shines a light on game we don’t think of in the same way we might something more front and center, like high school football, and yet the preparation and development of skill is just as involved and rigorous,” said Sadie Tillery, Full Frame’s Director of Programming. “Through the lens of chess, we see young people face challenges and grow, through triumph and defeat.” 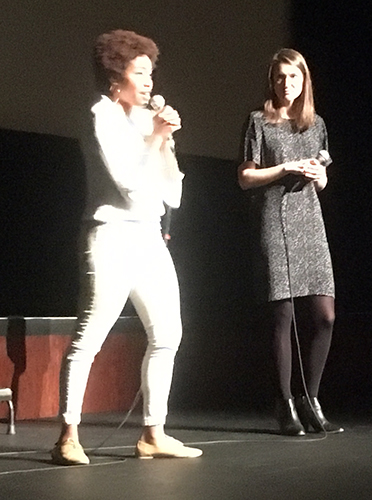 After the film, students were treated to a special Q&A with film subject Rochelle Ballantyne, who was greeted by the audience with rapturous applause and cheering. Ballantyne, an eighth and ninth grader in the film who is shown learning to balance her studies with her chess mastery goals, is currently a senior at Stanford University, and flew cross-country to speak with Youth Screening attendees. Students had the opportunity to ask her questions, and inquired about her future career plans (she is currently applying to law school), how many hours she had to study chess (“Too many to count!”) and if she keeps in touch with any of her teammates from the film, most of whom are at universities around the country.

When asked how chess had impacted her life, Ballantyne responded that chess was the catalyst for her entire educational and career trajectory, and that she would not be at Stanford without the opportunities afforded to her from playing chess.

“I hope students attending the youth screening will come away from the film having connected with these stories,” Tillery added. “Perhaps they’ll even identify ways that their own experiences may relate to the people they have seen on screen.”

The Full Frame Annual Free Youth Screening at the Carolina Theatre introduces students to documentary film and provides attending students the opportunity to converse with a  filmmaker or film subject from the chosen film.  Students watch the film with an accompanying viewing guide, which encourages them to engage with the film and make connections between the concepts onscreen, in their school coursework, and their own lives. The Youth Screening is completely free to all students and teachers, and Full Frame covers the schools’ cost to transport the students to the event. Support of the Youth Screening is generously provided by the Mary Duke Biddle Foundation, and the Carolina Theatre kindly donates the use of Fletcher Hall for the event. 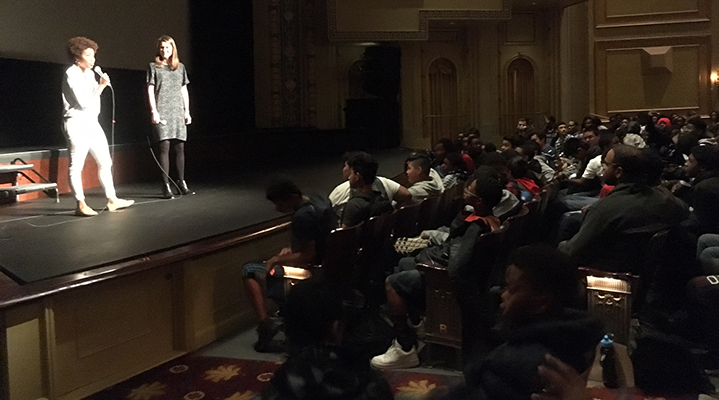