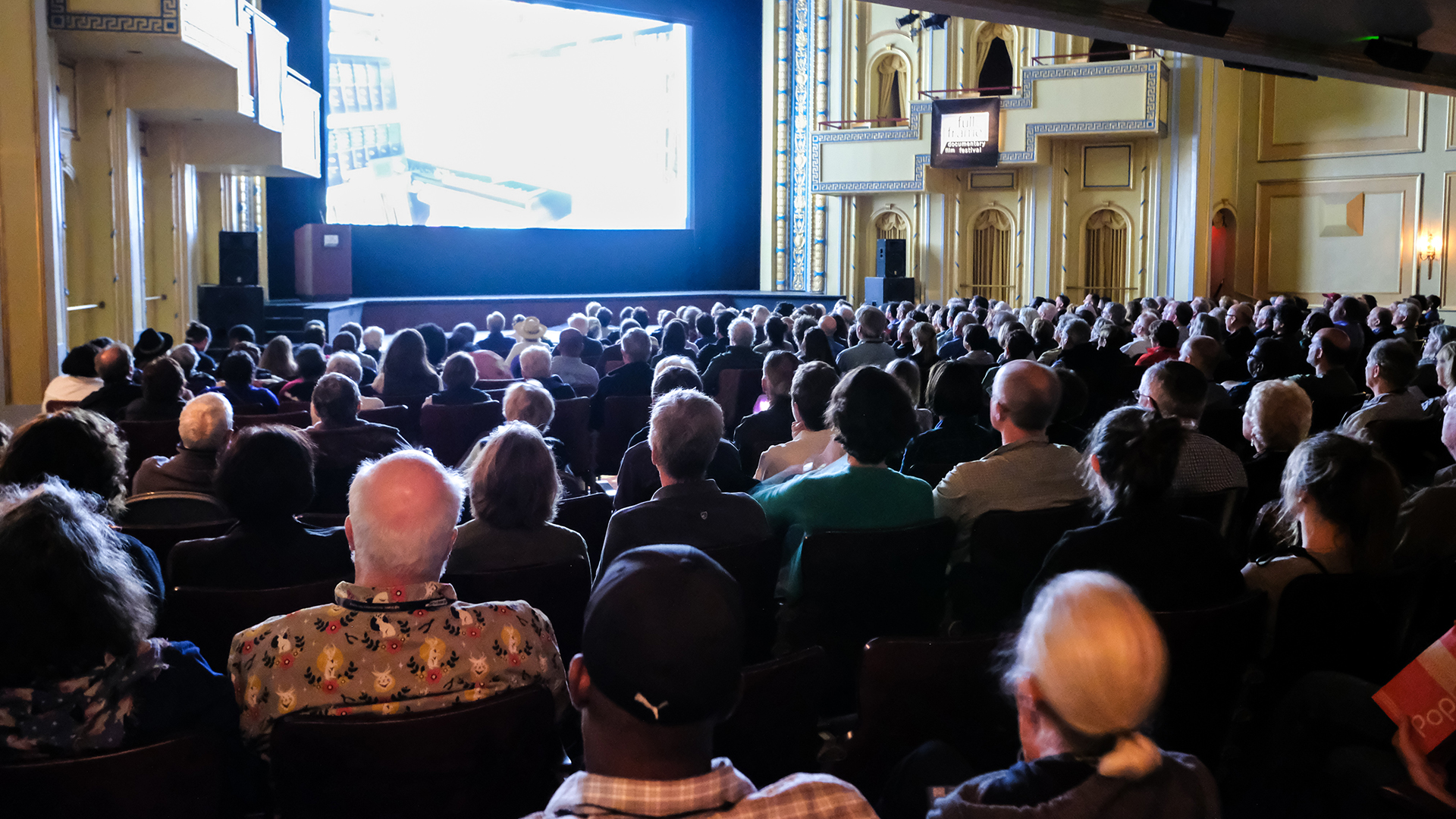 For those practicing social distancing, our team has gathered a list of recent Full Frame short film alums that you can watch online today!

We love all of our alums, so this short list is just the tip of the iceberg. Pulled together from our 2018 and 2019 festival line-ups, these films are easily accessible and free to screen.

GIVE (Director: David de Rozas) – 2019 Full Frame Jury Award for Best Short
With a singular sound design, this film documents retiring Reverend Roland Gordon as he creates an archive on the walls of his church—a new visual history for the African American community in San Francisco. WATCH ON POV

Scenes from a Dry City (Directors: Simon Wood, François Verster)
Visually enthralling, this short film surveys the drastic water shortage in Cape Town in the foreboding countdown to Day Zero, when all taps are turned off. WATCH ON FIELD OF VISION

The Issue of Mr. O’Dell (Director: Rami Katz) – 2018 Full Frame President’s Award
The work of Jack O’Dell, who once worked alongside Martin Luther King, Jr., is revealed through a conversation with the 94-year-old activist, who delves into his historical involvement in the civil rights struggle as well as the movement’s contemporary incarnation under the stewardship of groups like Black Lives Matter. WATCH ON ROAR MAGAZINE

Our New President (Director: Maxim Pozdorovkin)
By turns provocative, disorienting, and astonishing, this feature weaves clips from Russian state-owned news coverage of the 2016 U.S. presidential election to portray the perils of bias, conspiracy theories, and manufactured narratives. WATCH ON FIELD OF VISION

From Parts Unknown (Director: Michael T. Workman)
The poignant experience of a young man who determines an unlikely outlet for his pain and hardships: In local wrestling, he finds catharsis, community, and a sense of purpose. WATCH ON VIMEO

The Mauritania Railway: Backbone of the Sahara (Director: MacGregor)
In this expansive, gorgeously composed short, ride atop the railway car that serves as a 704-kilometer-long lifeline that supplies goods and iron ore to people in different cities in the Sahara Desert. WATCH ON VIMEO

Edgecombe (Director: Crystal Kayiza)
The stories of Shaka Jackson, Doris Stith, and Deacon Joyner, residents of the agricultural community of Edgecombe County, N.C., highlight the spirit of the place they call home, while exploring the lasting legacy of slavery in the American South. WATCH ON POV

Easter Snap (Director: RaMell Ross)
In this expressive short film, a group of men in Alabama prepare a hog for butchering. The tender care and ritual nature of this series of steps is captured through textured images and personal conversations. WATCH ON FIELD OF VISION