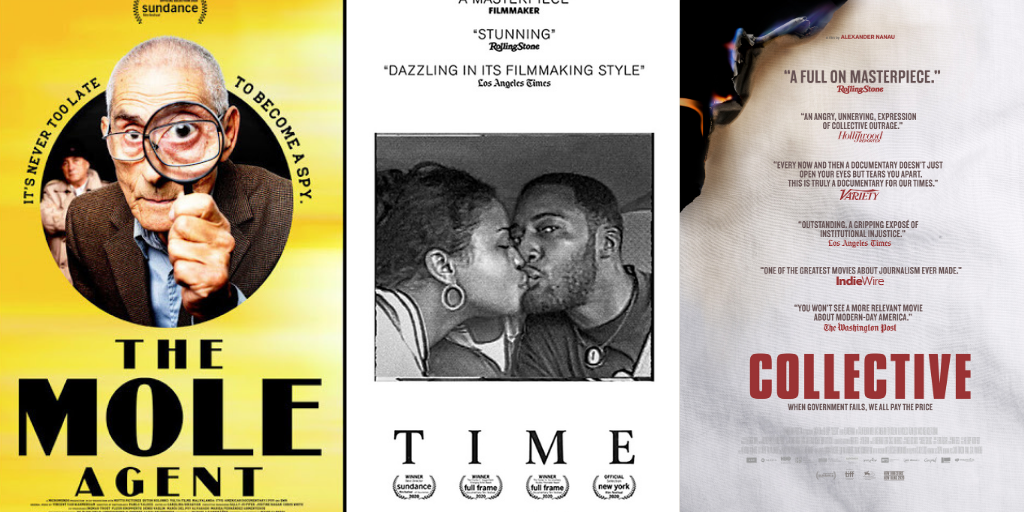 Nominated in the Documentary Feature category include Alexander Nanau’s Collective, which made history as the first Romanian film to receive an Oscar nomination and is also recognized in the International Feature Film category, Maite Alberdi’s The Mole Agent, and Garrett Bradley’s Time.

The ceremony announcing the winners will take place on Sunday, April 25. Congratulations to all of the nominees!

In Romania, an intrepid team of journalists uncover vast corruption across the medical industry—a conspiracy to traffic in diluted hospital disinfectant that results in the deaths of many innocent patients and involves product manufacturers and distributors, hospital managers, government officials, and business moguls. With remarkable access, Collective boldly traces the personal risks involved in bringing the truth to light.

In this astutely shot thriller, octogenarian Sergio is a newly minted spy planted between the walkers and lunchtime gossip of a Chilean nursing home to report on the well-being of a fellow resident. And the cameras? There to film an ordinary story about the organization, or so it seems. This tale navigates the charming rapport between characters while weaving together profound truths about aging, loneliness, and compassion.