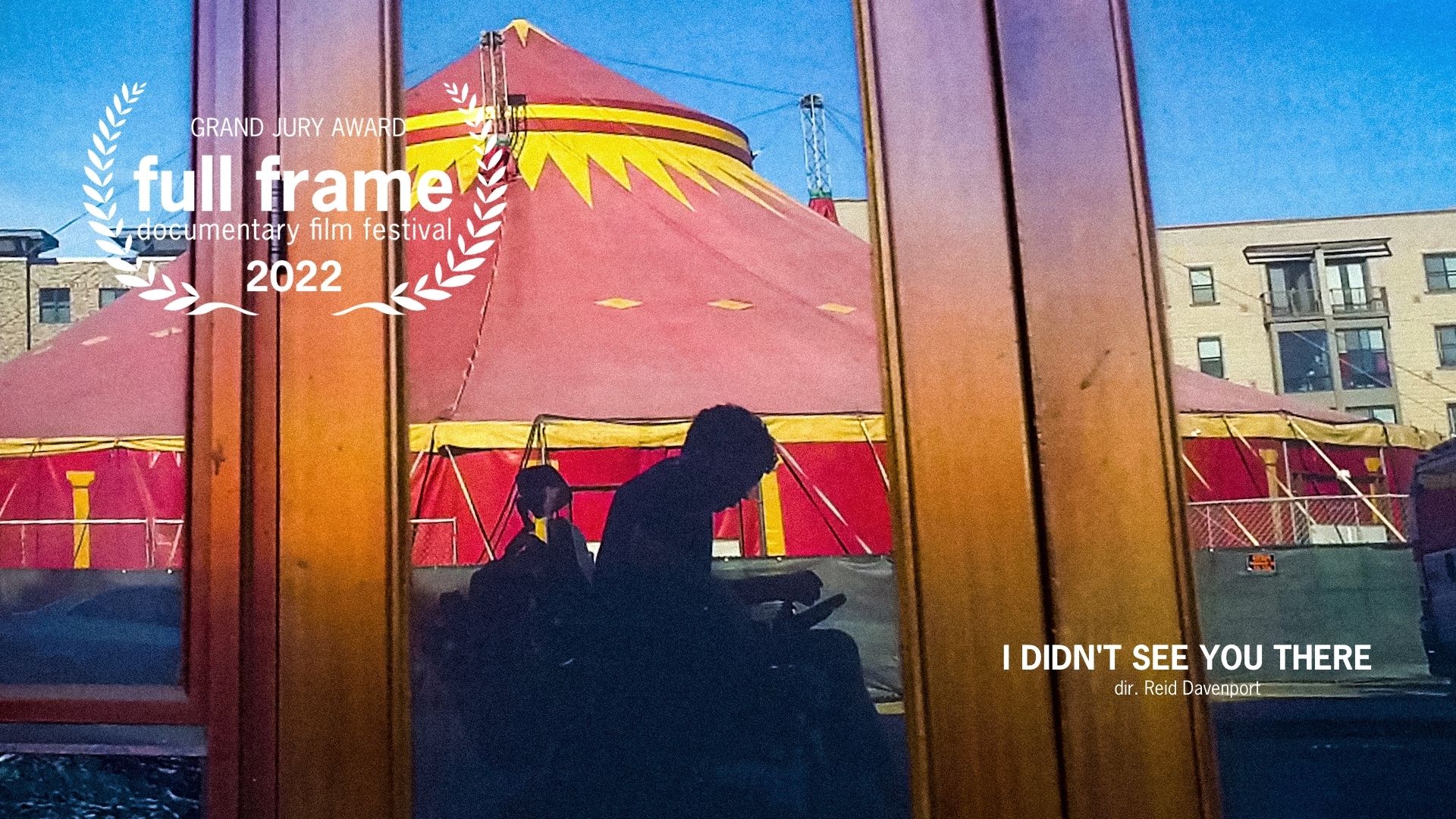 Image ID: Film still from I DIDN’T SEE YOU THERE. In a reflection of an unmarked storefront is a grayish silhouette of a man using an electric wheelchair. Behind the man is a spectacular red and yellow circus tent.

Durham, N.C. – April 9, 2022 – Six awards for a combined value of $35,000 in cash prizes are announced for the 2022 Full Frame Documentary Film Festival. Full Frame is a qualifying event for nominations for the Academy Award Documentary Short Subject category and the Producers Guild of America Awards. In light of the global pandemic, the 2022 festival took place online, featuring screenings of 22 feature and 15 short films.

“We are honored to recognize the 2022 award winning films,” said Sadie Tillery, Full Frame interim festival director and artistic director. “We would like to thank the jurors who joined us in reviewing the films this year and our award sponsors whose support makes these prizes possible.”

The Full Frame Jury Award for Best Short is presented to The Silent Shore, directed by Nathalie Giraud and Timothée Corteggiani.

The award is provided by Drs. Barbra and Andrew Rothschild. The jurors were Logan Lynette Burroughs, Rebekah Fergusson, and Danny Navarro.

The John Hope Franklin Humanities Institute Award, which is given to a short film that highlights documentary as a formally inventive artistic medium, is presented to Abyssal, directed by Alejandro Alonso. The award is sponsored by the John Hope Franklin Humanities Institute at Duke University and was juried by representatives for the institute: Franklin Cason, Joshua Gibson, Guo-Juin Hong, Ranjana Khanna, Shambhavi Kaul, Jennifer Zhou.

Representatives on behalf of the President’s Office of Duke University juried the prize for the Full Frame President’s Award, given to the best student film. This year’s award is given to No Soy Óscar, directed by Jon Ayon.

For more information on the award winners and for complete juror statements, please visit fullframefest.org. Tickets are on sale now to stream films through Sunday, April 10 at store.fullframefest.org.

The Full Frame Documentary Film Festival is an internationally recognized, Academy Award–qualifying event that proudly presents the best of nonfiction films on the festival circuit each year. Based in Durham, North Carolina, the annual festival gathers thousands of enthusiastic fans from around the globe to celebrate the documentary art form, engage in meaningful conversation, and experience the impact of exceptional nonfiction cinema firsthand. The 25th Annual Full Frame Documentary Film Festival is takes place virtually April 7–10, 2022.

The festival is a program of the Center for Documentary Studies, a nonprofit 501(c)(3) affiliated with Duke University, and receives support from corporate sponsors, private foundations, and individual donors whose generosity provides the foundation that makes the event possible. The Presenting Sponsor of the festival is Duke University. To learn more about the mission of Full Frame or how to support Full Frame, visit fullframefest.org.